Using visual imagery has always been an easier way for me to communicate. I often explain psychological concepts in counselling using analogy and metaphor, such as energy feeling like a rollercoaster, or emotions being like a balloon filling with water. This is particularly useful with children, as they don't tend to talk about their problems, they act on them.

As many adults know, children can be incredibly resistant to discussion of 'problems' where they are the starring character. This is where story telling can play a wonderful role in improving the way adults communicate to children. I use stories in play and personalised Social Stories for a range of children and young people with and without disabilities where traditional 'talk therapy' isn't appropriate.

Communicating using story telling has been useful for my practice in three ways:

Carol Gray, a teacher, developed the concept of 'Social Stories' in 1991 for use with children with autism. A Social Story is a short, simple story that provides information about a social situation and the appropriate behaviours needed for that situation. It can also be defined as short descriptions of real life situations that help someone understand what they might expect from a specific situation or event, or how to better interpret the circumstances surrounding something they may be experiencing.

I make social stories on the fly in sessions using drawings on paper, and formally, using high quality images and tools. Below is an example of a formal Social Story that was developed for a teenager with moderate autism. 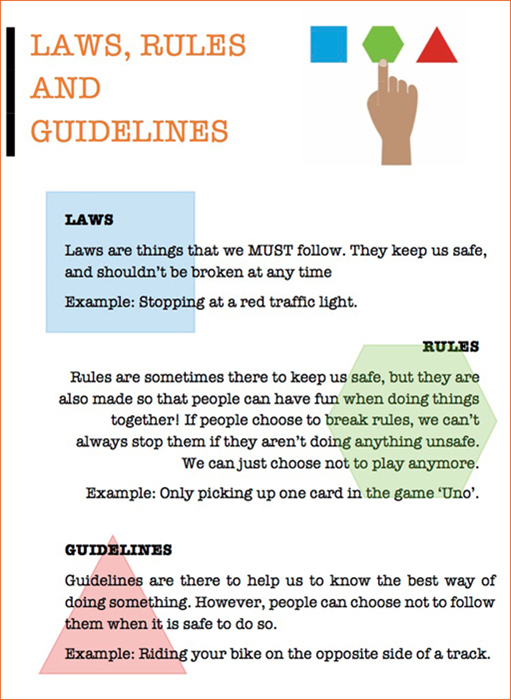 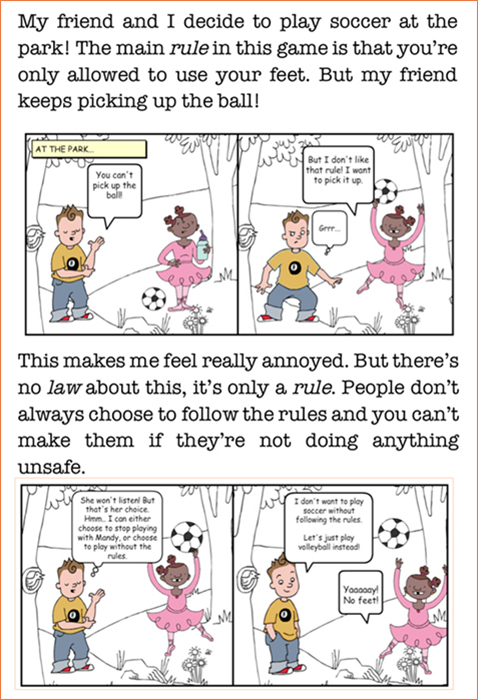 This type of Social Story was developed after a period of time where I got to know the teenager’s skills and their family. I used a mixture of ShowMe Images and comic making software, which were then placed into a Word document with text. You can see that I have clearly communicated specific language that the child and parent can learn and use. The child's parents can now respond to situations where the child is having trouble being flexible with rules by communicating the right type of law, rule, or guideline that applies.

Parents and teachers who want to use Social Stories would benefit from considering: